Cheaters: Who is really cheating who? 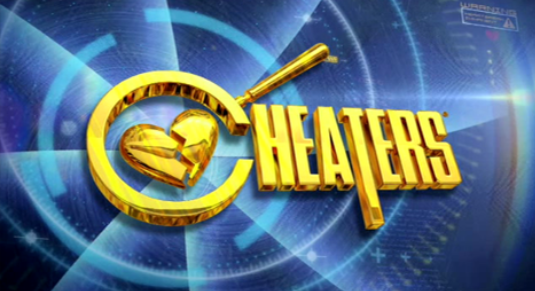 The American show is that weird kind of reality television; it’s trying to help people while exposing their cheating partners on screen. But I can’t help but feel they wouldn’t be so sympathetic if they weren’t making so much money out of other people’s misfortune.

It has a similar vein to Jerry Springer but without the audience. But with as much faux outrage at the inevitable violence that occurs when the suspect is caught out by their partner, the cameramen and a couple of bouncers.

It’s not really for us to judge those who are cheating because for all the VT’s we are shown, who really knows what goes on behind closed doors. But I can’t help but suspect that fewer of the relationships would end up broken if things were dealt with, without the audience or the drama.

Presenter Clarke Gable doesn’t have the smugness of Jeremy Kyle but he also doesn’t have the charm that oozes from elder statesmen Springer. Maybe he’s too young to be trying to sort out other people’s life, but it’s clear that him, his ‘perfect hair’ – as one suspect called it – and sympathetic eyebrows only serve to aggravate the situation in some cases. Although I would expect nothing less than a show from the grandson of legendary actor Clark Gable.

I’m not saying he doesn’t want to help these people, but I can’t help but feel that therapy might be a better idea than sticking a camera in their faces. Or talking to them in that patronising tone usually used by teachers.

That said, there is something honest when the suspect realises what they’ve lost. Or when the current partner and the extra person in the relationship both dump the cheating idiot. I’m truth, they’re normally my favourite clips.

And you can’t fault the way they make the show, anyone would think they were exposing terrorists the way they zoom in on photos, record calls and perform DNA tests on dirty knickers that have been left laying around the house. You know, as you do.

As much as I laugh at the faux fights and the proclamations of how they’re ‘going to f*ck them up’, there is a part of me that ends up feeling kind of sad. Sad that we’ve got to a point where we can’t solve any problem in our lives without the aid of a television crew.

Even more depressingly there are often kids involved and the thought of them seeing their parents or carers on TV like this does make me feel nauseated. They didn’t choose to be involved in this madness, and many of them will undoubtedly be damaged by the events.

Has life really got that hard that we need to turn to a TV show in order to sort of out for us?

It makes me think of that Wretch 32 line in Traktor.

I couldn’t have said it better myself.
__

Cheaters is on CBS Drama at 10pm on weeknights.