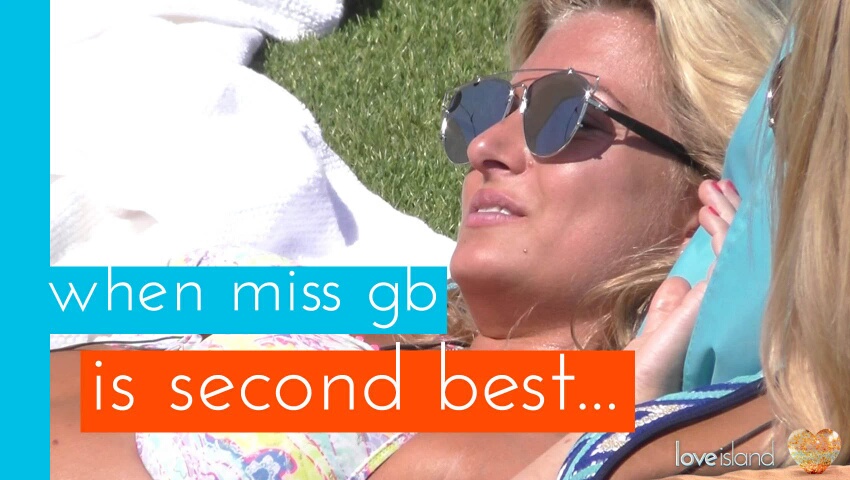 If Carlsberg did uncomfortable silences, they would’ve been smug as hell while waiting for Sophie to reassure Tom that he didn’t need to worry about the arrival of Amorous Adam. Sadly for him the initial decision was taken out of his hands when Adam decide to invite ‘our Soph’ for a glass… of lemon cordial. Talk about a big spender.

Admittedly Sophie said she understood how Tom was feeling as she would be angry is some beaut just rocked up and tried to put it on her man. The boys had a little pec-to-pec and it was clear that being new to the house meant Adam was still acting as we do in the real world. You know the situation, the one where you don’t ask a guy who’s known a girl for a week, IF you can take her out for a refreshing beverage.

Although it was a complete surprise Adam can even breathe, let alone look at anyone else as Zara followed him around the house like a dog owner with a pooper scooper. She made him breakfast, well scrambled eggs, before ensuring that he was no further than two metres away at all times. So the look on her face when he chose Olivia as his first date, was priceless. She claimed she wasn’t bothered, but the flames coming from her nose told a different story. I wonder if that was get skill when she won Miss GB. Did you know she was Miss GB? She doesn’t like to talk about it, so you may not know she is Miss GB. But she is, she’s Miss GB.

And talking of girls who can’t catch a break; what is Caroline Flack actually paid to do? She does a couple of intro VT’s otherwise we barely hear from her. I’m not exactly complaining, but can still feel a little sorry for her. Especially after she also lost the X-Factor gig as well. On the plus side, the voice-over guy is Dave Lamb for teenagers.

But even worse than Zara’s slightly OTT flirting our couples then had to make the male’s ahem, member, out of clay. The general consensus is that Dan is extremely blessed in that area. The judging at the end was funny, but the zoomed in camera shots while they were moulding felt a wee bit icky. Let’s just say, it wasn’t exactly Ghost. And the boys aren’t exactly Patrick Swayze. 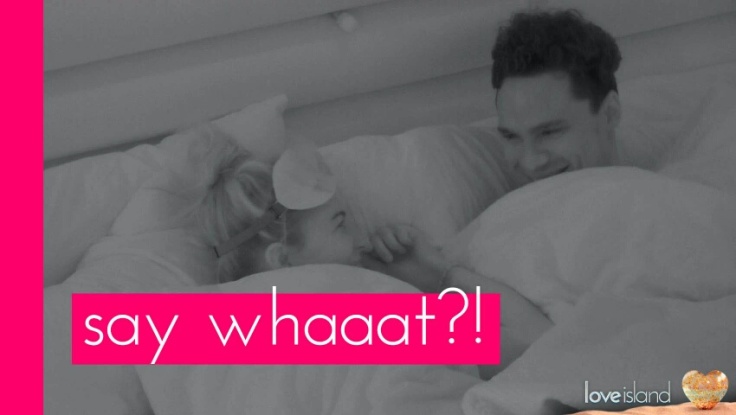 But that was nothing compared to the shock of self-proclaimed ‘bezzies’ getting down and dirty at bedtime. With his current victim Rachel in the next bed! They are only coupled up because Malin and Terry realised they preferred each other.

Curiously Olivia was as shocked as us by the events, although after an awkward chat it doesn’t appear as if there will be a repeat performance. So he’s all Rachel’s – what a lucky girl she is.
__

Love Island is on ITV2 every evening at 9pm.