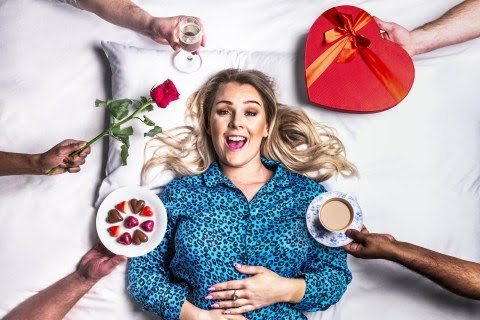 Although it started last week, this was my first time watching Five Guys a Week and it was more than I could ever have wished for.

This new “dating show with a twist” was a cross between two of Channel 4’s best reality tv offerings; First Dates and Four in a Bed. The premise sees five single men move in with our singleton for the “week” with one being chosen to leave each morning after breakfast.

This week’s picker was Kellie, a single Mum from Burnley, who – in a dating show rarity – was attractive, intelligent and full of sass. And sporting several cracking tattoos.

Her motley crew of men suggested tall, dark and handsome was her type. Although all three attributes were up for debate in relation to strangers who were soon camping out in her kids bedroom and the living room.

First in – and as it transpired first out – we had Lee, a Iron-man competitor who appeared not to have taken all his anger out at the gym.

While she was attracted to him straight away, he never got the chance to build on that sexual attraction before Bouncy Barry arrived with all the subtlety and decorum of a child who’d been force fed a kilo of blue smarties and a litre of Sunny D.

After revealing at dinner that he’d attended anger management classes and then biting Barry’s bait every time it was cast, his fate was sealed.

The only person more annoyed by Barry than Lee was probably me and my initial annoyance soon turned to dislike as he preceded to tell the shed cam all about his game plan to get each fella kicked by any means necessary.

It may be a game show but his attitude suggested he was far more interested in being the last man standing than Kelly’s man. Also, no one likes a name dropper mate. I mean, you don’t see me going around telling everyone about the time I met Idris Elba in Paris. And there’s a reason for that…

Before Kellie saw straight through Barry’s schoolyard scheming and kicked him out on Day Three, there was Steven.

He may have been the only one to turn up without a gift but I originally had high hopes for the real life Bear Grylls who seemed liked he’d swoop in late as if his cover name was The Silent Assassin.

He was a Scouser – like my other half -, he was vertically challenged – like me – and he’s a Commando in the Army. What’s not to love?

I was secretly hoping he’d teach Kellie how to turn Barry into a good meal if she was ever stranded on dessert island. I can literally see the two-part Channel 5 special in my mind.

“Butchering Barry: A guide to surviving in the wild.”

Who knows, he may well have been better than Bear when it came to survival skills but he was worse than a 16-year-old left home alone when it came to handling his alcohol.

After he crossed the line from funny to sloppy drunk, he preceded to tell “our Kell” and his fellow competitors what a big 🐔 he had before passing out, vomiting in her kids bedroom and spending his final morning on the sofa nursing a hangover that screamed regret from every pore.

And he couldn’t have picked a worse day for self-inflicted suffering.

It was Kelly’s birthday!

Anthony and Barry had seen it as a chance to grab an extra gold star and spent all their pocket money in Card Factory.

It was clear Steven was for the chop but she also warned Craig that he needed to up his game. A conversation I loved. There’s something refreshing to see someone who knows exactly what they want and what they deserve.

Thankfully he obliged and opened up about what was important to him. His family… 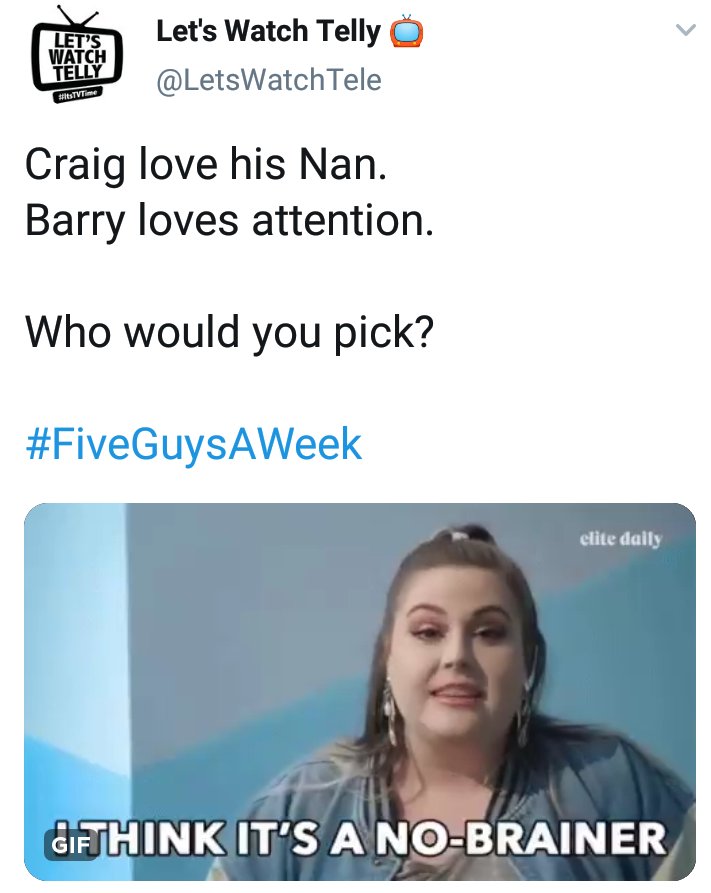 With two down and one to go, our hostsess pulled Barry for a chat. Rather than tell her why she should pick him, he informed her why she shouldn’t pick either of the other two . Thankfully Kellie was smarter than he thinks he is and he was done for.

That left Craig and Anthony. She couldn’t have picked two more opposite characters if she tried.
Maturely calm Craig and “my steak must be medium rare” Anthony.

The latter had been Barry’s wingman when it came to slagging off the others about how boring they apparently were.

Anthony was nice enough but his constant chatter about how to fry the best burger and what was the best wine would’ve bored me into madness. He reminded me of a guy I’d gone on a date with who spent a good half hour taking about his watch.

Where it was from, how it worked, the workings of all the different little bits, blah, blah, blah…

Unsurprisingly it was our first and last date and I left after the main course. Those who know me will understand the importance of that cos I bloody love a dessert.

Kellie had a dinner of truth with her two suitors and she admitted her head was telling her one thing and her heart another. Although if she’d seen Anthony double-dip his spoon while preparing the prawns, it might have made her decision far easier.
Just, ugh!

Craig actually got emotional at dinner as they vied for her affections. The cod psychologist in me thinks that he learnt the hard way – via his divorce – that family is far more important that money and financial success.

Baring his soul clearly worked cos it was his face Kellie was sucking as Anthony sloped out of the door.

Sadly it wasn’t ever lasting love for ‘Craillie: but they’re still in touch so who knows what may happen in the future…